Learning  CAN  be fun!
Our  educational arena extends beyond the classroom . . .

BVAMS  instills the  value of "helping others" in times of need and rewarding those who go the "extra mile" . . .  and the students  respond to that lesson well!   They participate  in  many opportunities to  help others, to learn and send important  life messages, and  sometimes to be rewarded for their extra efforts!   Many of their fundraisers are merely to raise awareness and  money  for  some who have been less fortunate than others. 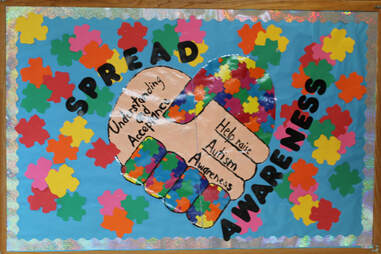 Staff honored the cause and attempted to bring awareness to it by wearing  blue and t-shirts with autism as the  theme.  The Friends First  Club created a bulletin board of puzzle pieces.  They wrote messages about autism on puzzle pieces and placed them around the school to help bring awareness.
Spread the Love for Valentine's Day
BVAMS staff and students held a food drive the week of February 11 to Spread the Love for Valentine’s Day.  The food was donated to the Bag Brigade.  A few years ago, members of the Joy Club at the Gospel Alliance Church in Rostraver formed the Bag Brigade to collect and distribute food for needy children to take home for the weekends, when school meals are not available.

The Bag Brigade accepts donations all school year.  Items can be dropped off in the lobby of any of BVASD schools.
​
Sample Ideas of Foods N - Kid-sized Packages: 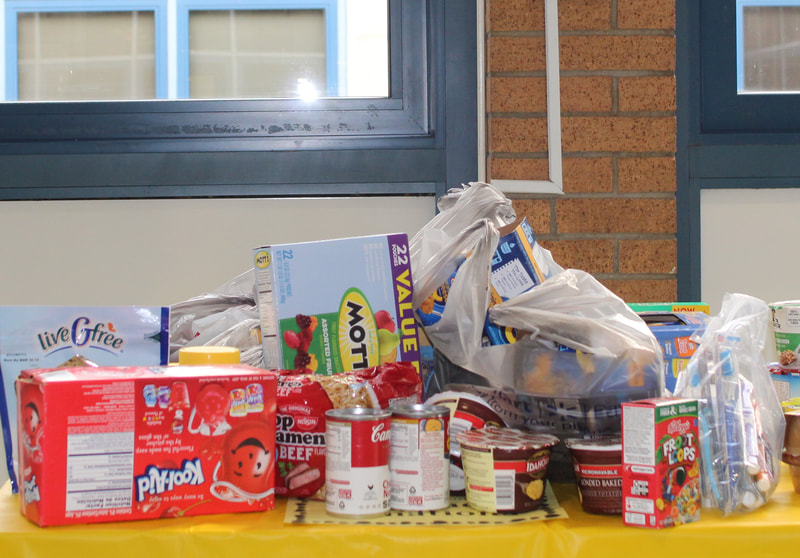 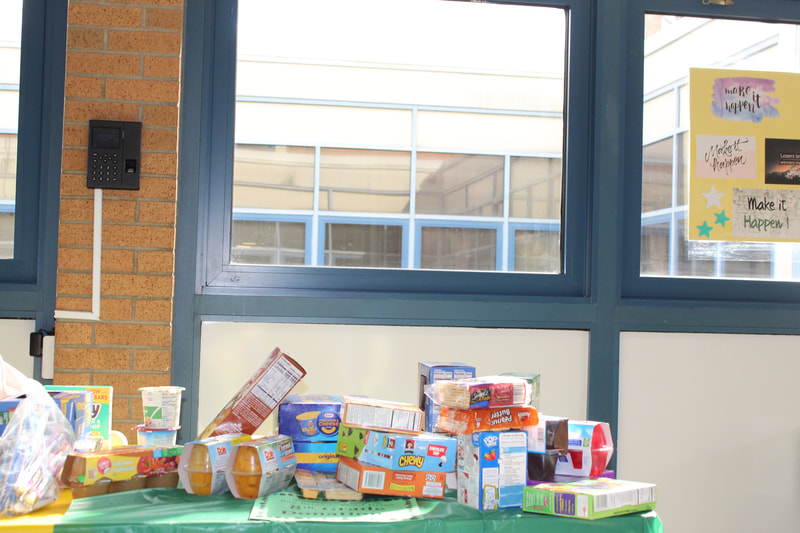 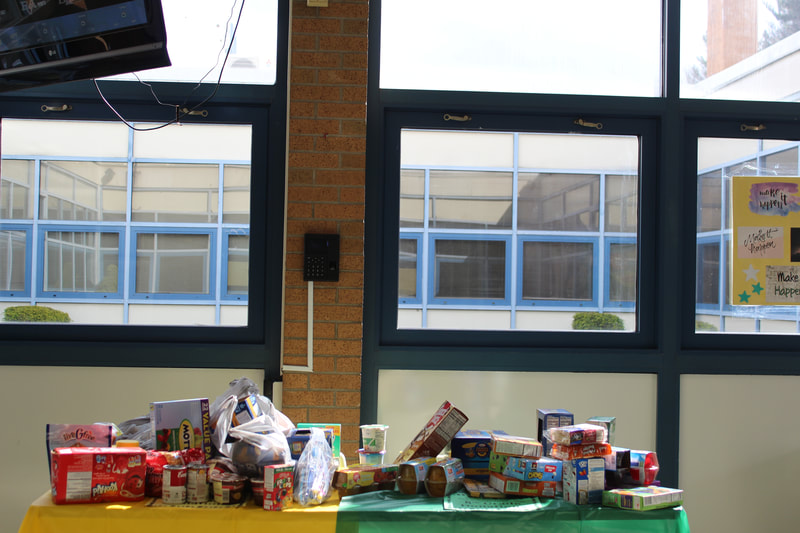 BVAMS – You truly understand the Spirit of Giving, not only during the Holidays, but all year!
Veterans Day Assembly
BVAMS students and staff gathered together to honor those that have served our great country.  Dr. Mary Kreis arranged and emceed the ceremony.  She stated, “Today we are recognizing veterans who have served our country so that we may have those opportunities.”

Technical Sergeant Armand Lorenzi, a Charleroi High School graduate, was drafted into the Army just a few months after his graduation in 1944.  He was eventually assigned to the 94th Infantry in General George Patton’s Third Army.  As lead gunner, Lorenzi’s leadership and acts of valor led to his promotion to Technical Sergeant during WWII.

Sgt. Edward Sikora, of Brownsville, PA, served in WWII were he led a crew of 12 men in charge of a 90mm anti-aircraft gun.  He began his service in Oahu guarding Pearl Harbor.  He eventually joined the Allied advance along a Pacific island chain toward Japan, starting in the Philippines.  By the end of the war, Sgt. Sikora had been promoted to the rank of Gunnery Sergeant.  After arriving home from the war in 1945, Mr. Sikora attended California State Teachers College, which is now California University, where he was enrolled in a special program designed specifically for military veterans.  It was also there that Gunnery Sergeant Sikora became Professor Sikora, teaching industrial arts for 28 years.

LTC Papakie’s career took her to over a dozen countries.  Papakie said that joining the military allows you to become part of something “bigger than yourself.”

Captain Prah started his career as a private and served for more than 15 months on active duty in support of Operation Iraqi Freedom.  He is one of the “special breed” of soldiers in that he enlisted and still achieved officer status.  He is currently Director of Military Affairs at Cal U.
Staff Sgt. Babyak joined the Marine Corps in 2003 and served for 10 years.  He works for the University of Pittsburgh and helps veterans as Community Engagement and Public Affairs Specialist for the Veterans Leadership Program.

Dr. Kreis was commissioned as a second lieutenant in the U.S. Army's Medical Service Corps while completing her bachelor's degree. She completed her master's degree while serving on active duty in the Army.    Dr. Kreis served in the U.S. Army Reserves for more than 15 years.    She is a professor at California University, focusing on sports management.  Dr. Kreis is an advocate for both military veterans and for cancer causes.  She is a strong force in our area for raising awareness and funds for these two causes.

Mr. Grice, BVAMS Principal, presented over 200 pounds of food and more than $1,500 in donations from school fundraisers and largely due to Dr. Kreis, who also held a “sleepout” at Walmart to raise awareness for homeless veterans.     Thank you, VLP (Veterans Leadership Program), for your service to our military veterans!  And a special Thank You to Dr. Kreis for bringing awareness to the students at BVAMS.
Hat/Jean Day for Vets
BVAMS was very busy in November with activities honoring our veterans and active military.  Students and staff first participated in a Dress-Down (Jeans Day) donation from staff and a Hat Day for students.

The generous donations totaled over $225, which was sent to the G.I. Go Fund.  This organization was first founded to show veterans gratitude and support. Originally designed as a small community effort to provide veterans with days of relaxation, the organization quickly expanded to serve as a one-stop place for veterans to receive. Since the organization’s founding, they have helped tens of thousands of veterans with unique and innovative services, gaining nationwide recognition and changing the way people think of supporting our veterans. https://gigo.org/about-us/index.html 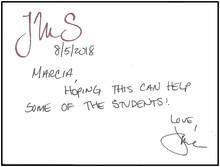 Bag Brigade is Recipient of Generous Donation
Ms. Ellis recently visited her cousin, Jane Stein.  She told Jane about some students who depended on school meals for proper nourishment and that the Bag Brigade had organized a program to collect money and food so that the kids could receive a nutritious bag of food to tide them over for the weekends.

The Bag Brigade, BVAMS, and especially the student recipients truly appreciate the generous donation of $500 from Jane Stein.  This money will go a long way to helping those kids in need!!